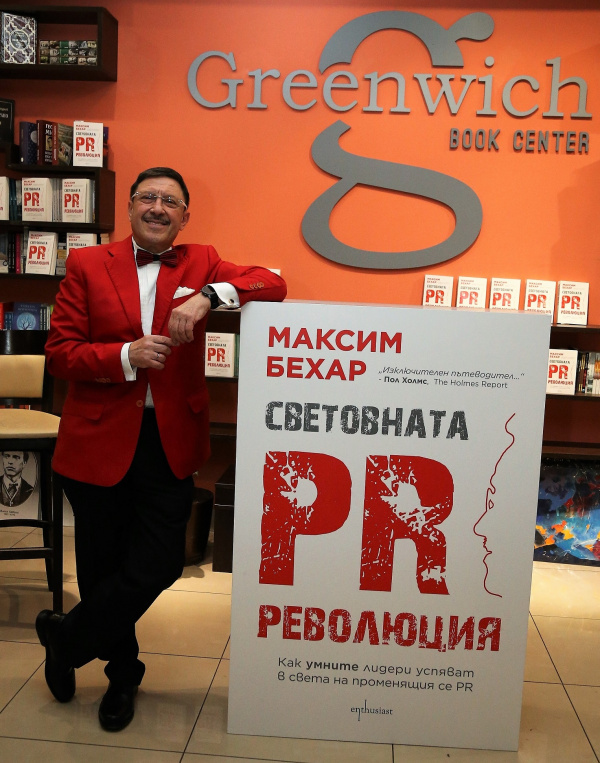 Maxim Behar’s most recent book “The Global PR Revolution” is the best-selling book in one of the largest book centers in Bulgaria – Greenwich. The book, which became a bestseller in the USA, is on the first position in the top 10 most popular books for the past week. The valuable recognition by the readers comes just a few days after the glamorous premiere of “The Global PR Revolution” in Bulgaria.

Maxim Behar’s book was released on the local market at the end of 2019 and was published by Enthusiast publishing. Its first edition in the country was out of stock in less than a month and its official presentation attracted hundreds of guests.

“The Global PR Revolution” was initially launched in the USA, where it achieved impressive success. The book contains the opinions of 100 of the most prominent PR experts from 65 countries on 6 continents and is said to be one of the best in the field of PR. “The Global PR Revolution” was the best-selling new release in the sections PR, Sales & Marketing and Career Advises on Amazon.com for 2 weeks.